Glow in the Dark Dispatcher (Pendulum)
$33.33
Add to cart

‘Giants of Other Days: Recent Discoveries near Serpent Mound, Ohio’  From the Indianapolis Journal.

‘Farmer Warren Cowen of Hilsborough, Ohio, while fox hunting recently discovered several ancient graves. They were situated upon a high point of land in Highland County, Ohio, about a mile from the famous Serpent Mound, where Prof. Putnam of Harvard made interesting discoveries. As soon as the weather permitted, Cowen excavated several of these graves. The graves were made of large limestone slabs, two and a half to three feet in length and a foot wide. These were set on edge about a foot apart. Similar slabs covered the graves. A single one somewhat larger was at the head and another at the foot. The top of the grave was two feet below the present surface. 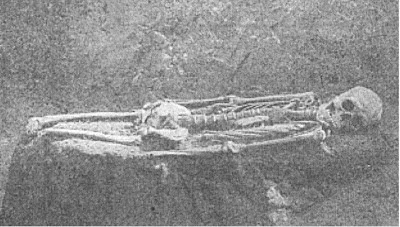 Upon opening one of the graves a skeleton of upwards of six feet was brought to light. There were a number of stone hatchets, beads, and ornaments of peculiar workmanship near the right arm. Several large flint spear and arrow heads among the ribs gave evidence that the warrior had died in battle.

In another grave was the skeleton of a man equally large… Several pipes and pendants were near the shoulders. In other graves, Cowen made equally interesting finds. It seems that the region was populated by a fairly intelligent people, and that the serpent mound was an object of worship. Near the graves is a large field in which broken implements, fragments of pottery, and burned stones give evidence of a prehistoric village’.

Comments are closed, but trackbacks and pingbacks are open.

The Philosophy of Health Health Without Medicine

No products in the cart.